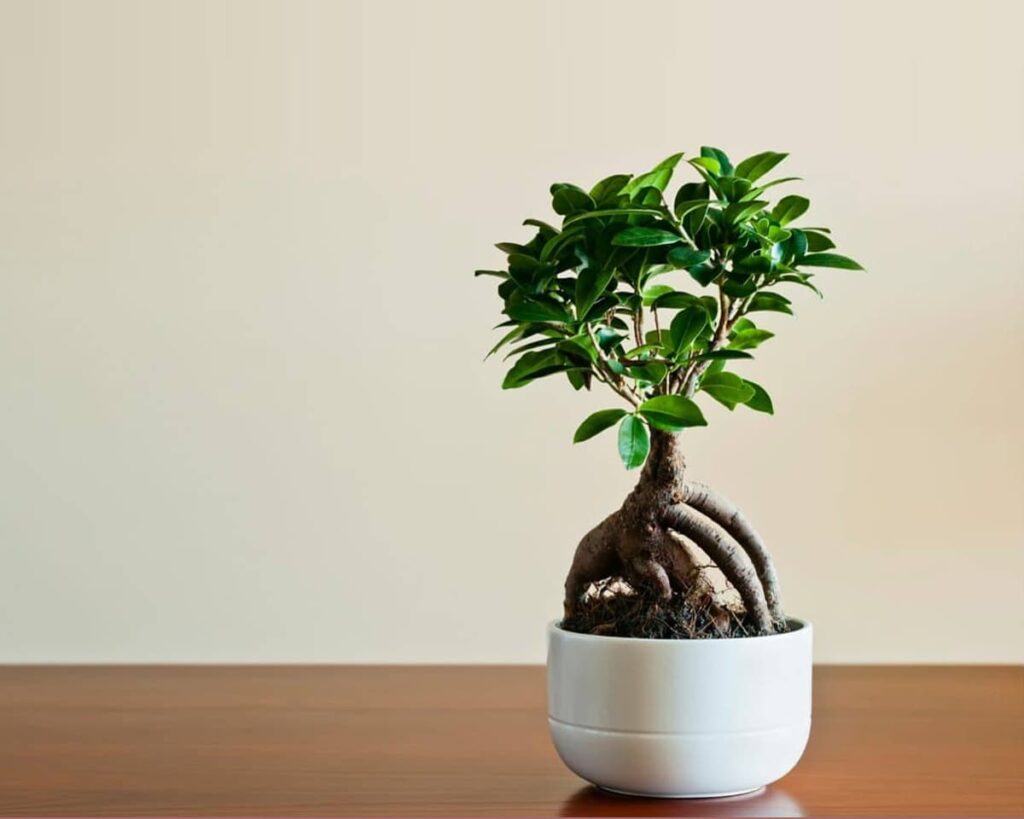 This is a graft of two different varieties of Ficus Microcarpa, one with enlarged roots and another with small leaves, and named Ficus Ginseng. However Ficus ginseng does not exist as a wild species of Ficus. A Ficus Ginseng Bonsai has whimsical branched air roots with sturdy, oval and shiny leaves. The robust bonsai gives you a relaxed feeling and looks different from every angle. This extraordinary plant will certainly be a talking point so give it the attention it deserves.

Ficus Microcarpa Hybrid plant is one of the most popular plants for beginners to bonsai. Part of the Mulberry family there are many different varieties, but this one has amazing swollen roots that stand above the soil and pot, which are beautiful in their own way. Then on top, there is a mass of glossy, smooth, deep green oval leaves on short erect stems.

Originally this Microcarpa Hybrid comes from Asia and really feels at home there. The roots of the houseplant are still grown in China and Malaysia, where they grow for around 15 years. They are then imported by growers and grown as bonsai. By the time the Ficus Ginseng is in your living room or office, it has already had a lifetime.

Ficus is a pan-tropical genus of trees it can grows up to 14 to 22 inches in there tropical zone, shrubs and vines occupying a wide variety of ecological niches; most are evergreen, but some deciduous species are endemic to areas outside of the tropics and to higher elevations. Fig species are characterized by their unique inflorescence and distinctive pollination syndrome, which utilizes wasp species belonging to the Agaonidae family for pollination.

Most ficus bonsai trees can produce aerial roots in their natural habitat, which are often presented in appealing bonsai creations with many aerial root pillars or root over rock styles. To enable aerial root growth in our homes a humidity of nearly 100% must be achieved artificially.

It was a nice plant…but got late though..due to lockdown

B
Bharathi Narayanan (Thrissur, IN)
Good