Prized for it’s rarity and beauty, the striking white foliage makes the Caladium Thai White Keladi shine and stands out from the rest of its species.

Only 3 items left in stock! 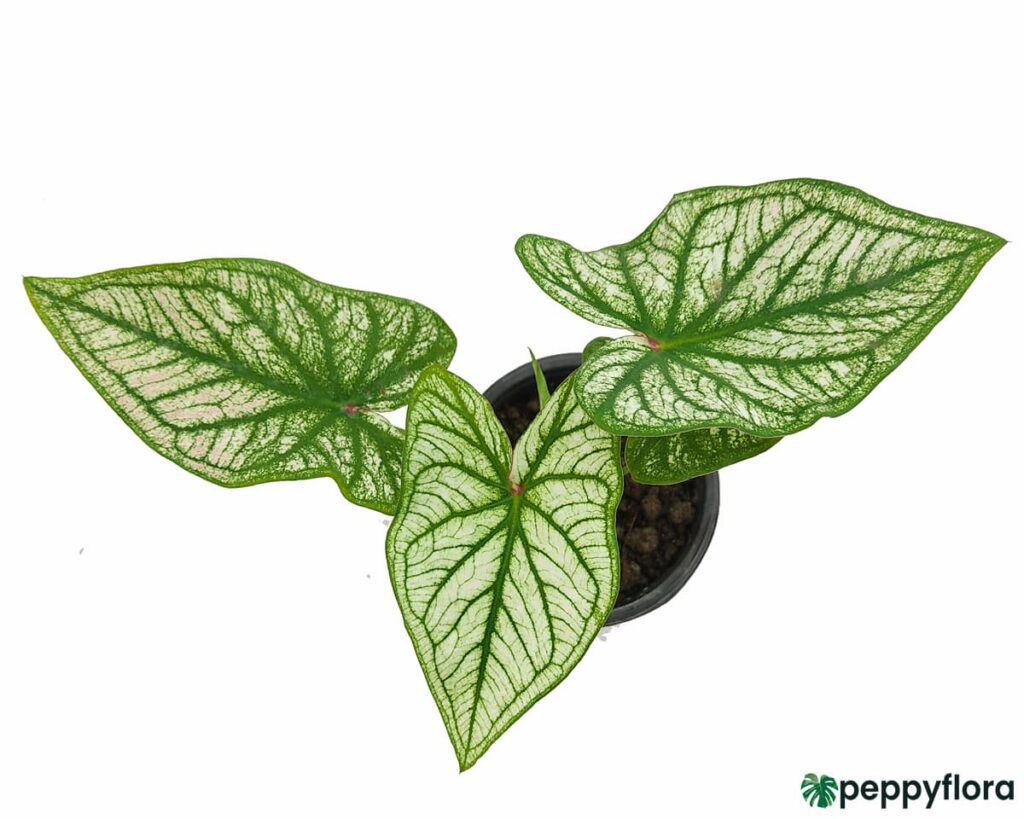 Caladium Thai White Keladi has a exceptional variegated leaf colouration that looks hand painted. It is a strap leaf Caladium with some unique leaves which, when young the leaves are green as it matures the leaves start to turn white with green and white veins, definitely creating a striking visual.

Thai White Keladi ended up being created as a hybrid in Thailand, hence it is also known by the local name “Hok Long”. It does not have flowers as such, the main feature being the stunning leaves that produce foliage cover. Once mature it produces a great display of bright White foliage and unusual veining in each leaf which makes a striking plant.

As it’s commonly known amongst houseplant fanatics, the ‘Angel’s Wing’ plant is a part of the Araceae family and native to Columbia. They are identified by their large, green, arrowhead-shaped leaves with prominent white-cream veins.

This houseplant variety is less common than others and makes a fantastic talking piece for any urban jungle for its unique, stand-out patterning. Strong, heart-shaped leaves with a slightly wavy edge and a contrasting pattern: These are the specific characteristics of this plant. Water when the top inch of soil has dried. It prefers high humidity and bright indirect light. Mist regularly and keep the temperature above 21° C.