I was so happy to receive a healthy plant. It's been 3 weeks now and the plant is doing well. I am eagerly waiting for some buds and flowers to appear. Jenny Shop now
SALE!

Callisia Repens ‘Pink Lady’ or Callisia ‘Rosato’ is an unusual plant for true fans of pink in a pot, and looks extremely attractive in a hanging basket!

Notify me when the item is back in stock. 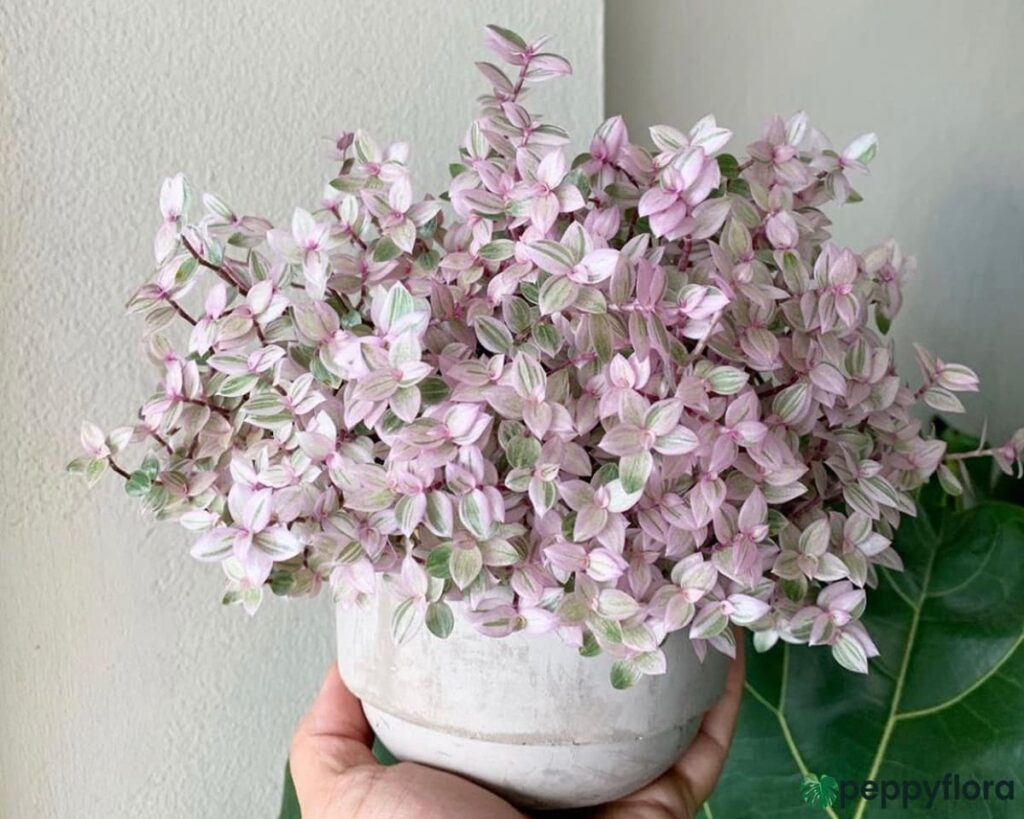 Callisia Repens ‘Pink Lady’ or Callisia ‘Rosato’ is a neat little plant spreading sideways to make a carpet of pink-green slightly succulent leaves. Grow in a shallow pot or hanging basket it will eventually trail in a shady position. It is also a good plant for terrariums. In many places, it is known as Pink Turtle Vine as it is a brilliant edible plant for vegetarian and omnivorous animals. If placed in an enclosure, it can be left in pot to be snacked upon, and then removed for a few more days to re-grow.

Pink Turtle Vine is occasionally used as a pot and traffic light plant as an ornamental plant and it is easily propagated by cuttings. It is also marketed as a houseplant for its drooping habit and the scent of its white flowers. Strong light makes the foliage blush, the plant can stand direct sunlight if there is much humidity. The optimum growth condition is between 18–22 °C during the day and at least 12°C at night.

The flowering shoots of Callisia Repens are ascending. The fleshy, delicate leaves grow smaller towards the tip of the shoot. The leaf blade is oval to lanceolate, one to 3.5 centimeters long and 0.6 to one centimeter wide. In the distal leaves, the blades are narrower than the open, spread leaf sheaths. It grows quickly, multiplies easily by long, creeping shoots that root in each node, as soon as it is on the ground.

Turtle Vine is a trailing, ground cover plant related to the Tradescantia family. Like Tradescantia, it is fast growing, and given the name Creeping Inchplant.

The Turtle Vine is native to America from the southeast of the United States (Texas, Florida) via the West Indies (Guadeloupe and Martinique) to Argentina and grows in shady, rocky or gravelly spots in subtropical to tropical forests. It is naturalized in Hong Kong and grows on rooftops. In Western Australia, it is an invasive species due to its rapid growth, its tolerance to various environments and the ground cover effect which makes it spread very quickly, suffocating local plants or preventing them from germinating.