Only 9 items left in stock! 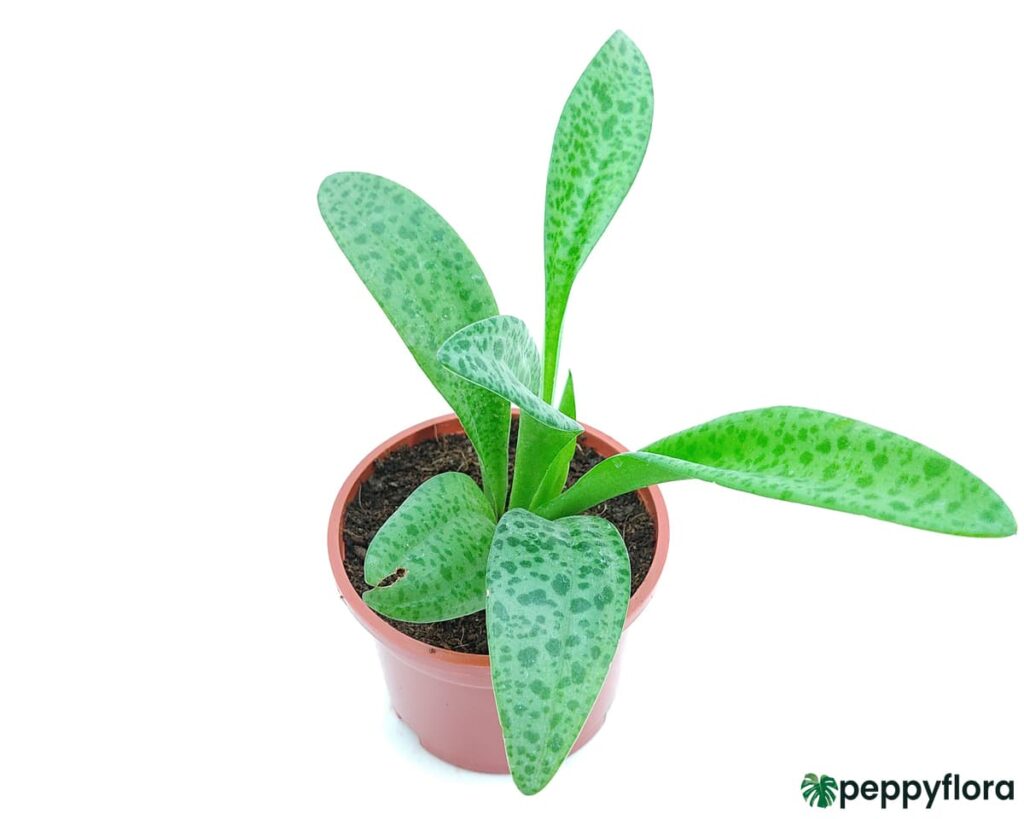 A small yet tough and hardy species, this perennial is known for being a colourful and eye-catching lightly spotted leaves, light green in colour, a beautiful evergreen houseplant. The leaves swell to form a bulbous base at the bottom of the plant.

It is a geophytic species of bulbous perennial plant native to the Eastern Cape Province of South Africa. It was first described by John Gilbert Baker as Scilla socialis in 1870. It is grown as an outdoor plant too for its ability to tolerate full sun but grows well under partial sun. You can expect its structurally unique leaves to grow in a lance shape.

Though it resembles a succulent, and possesses the same drought toleranceit isn’t technically this type of plant. It is a geophytic species of a bulbous perennial plant.

Growing this plant is extremely easy. Those bulbs that were mentioned will increase over the years until the plant is crowded in its pot. The next time you repot it, you can separate away some of the bulbs to start new plants.